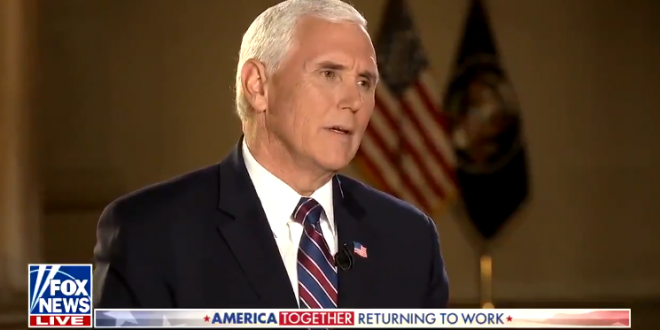 Pence: I Should Have Worn A Mask At The Mayo Clinic

Vice President Mike Pence admitted during a Fox News town hall Sunday night that he should have worn a mask when visiting the Mayo Clinic in Rochester, Minnesota, last week — a move that violated the clinic’s policy and sparked widespread backlash.

Pence initially said he did not wear a mask because CDC guidelines note that masks are helpful for preventing those who have the virus from spreading it. As VP, he’s regularly tested for the coronavirus, and everyone around him is also tested.

However, he walked back that statement on Sunday, conceding that he “didn’t think it was necessary, but I should have worn a mask at the Mayo Clinic.”

Pence had lied that he wasn’t told about the mask policy, a lie backed up by his wife a day later. Pence staffers then retaliated against a reporter for reporting the lie.