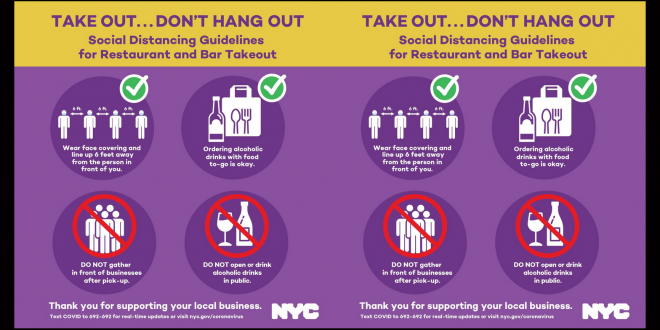 Following reports of New Yorkers closely gathering together on city sidewalks with cocktails, New York City plans to install posters across city bars and restaurants reminding patrons not to linger after buying food and drinks.

Mayor Bill de Blasio announced the campaign on Friday, which uses the slogan “Take out, don’t hang out.” “Memorial Day is a time to redouble our efforts, not lose our focus,” he said, during his morning press briefing.

The long weekend that traditionally marks the beginning of summer will prove to be a big test for the city, as restless residents steadily break out of quarantine habits. 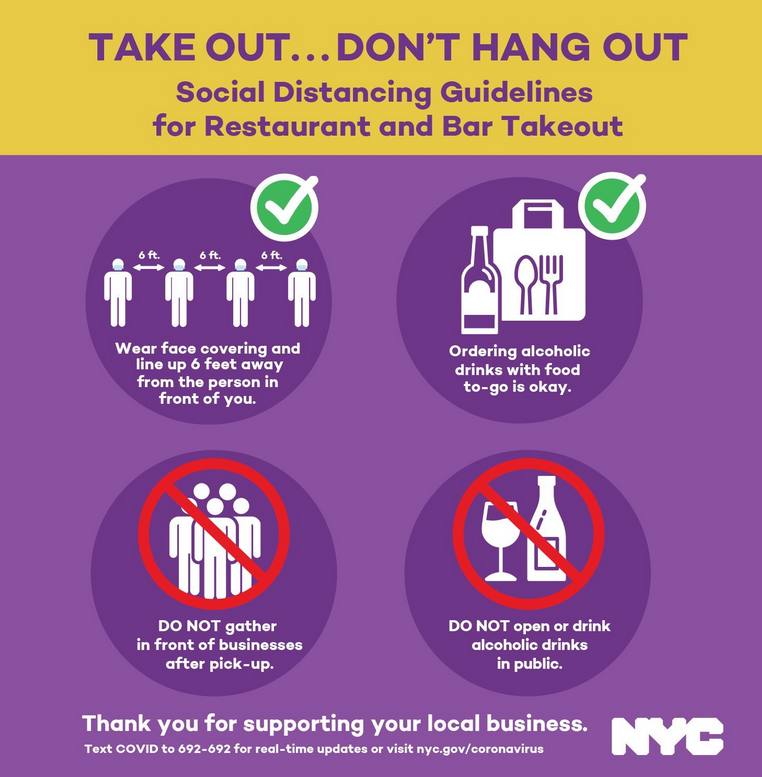 City will be distributing “Take out…don’t hang out” posters for restaurants and bars. Sheriff’s office deploying to nine bar-heavy neighborhoods to enforce.