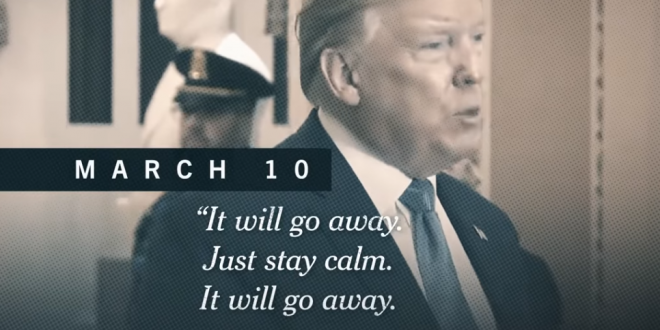 “April turns into May,” the narrator intones over dramatic strings. “The virus doesn’t disappear. There is no miracle. The cases mount, the death toll grows, more than 33 million Americans lose their jobs to the pandemic. Unemployment reaches Great Depression–era levels.”