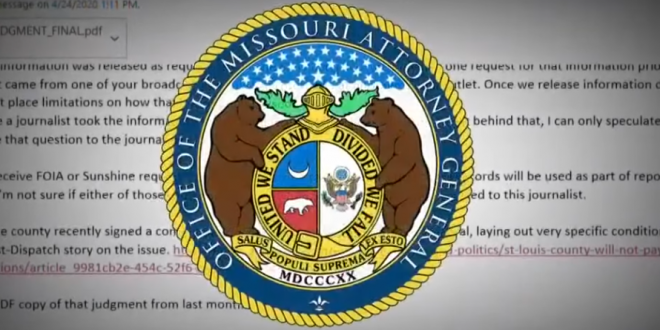 The names of more than 900 tipsters who spoke up about social-distancing violations in Missouri have been splashed all over Facebook — prompting many to fear retaliation, according to a local report.

In response to a Sunshine Law request, St. Louis County released a document that included the names and contact information of people who reported businesses in violation of the state’s stay-at-home order.

The county government announced the launch of an online form and a dedicated email address, encouraging people to submit such tips in late March.

The Facebook post headline said, “Here ya go. The gallery of snitches, busybodies, and employees who rat out their own neighbors and employers over the Panic-demic.” A person whose Facebook profile name is Jared Totsch told the I-Team that he posted the documents knowing that there might be consequences for the people named within.

“If they are worried about retaliation, they should have read the fine print which stated their tips would be open public record subject to a Sunshine request, and should not have submitted tips in that manner to begin with,” wrote Totsch. “I released the info in an attempt to discourage such behavior in the future.”

When asked how he felt about the possibility that someone who reported a business might lose their job, Totsch wrote, “I’d call it poetic justice, instant Karma, a dose of their own medicine. What goes around, comes around.”