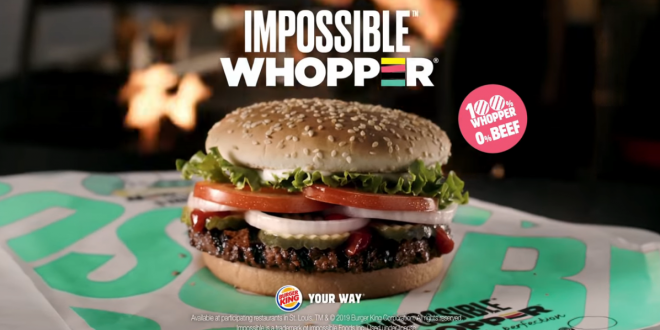 Plant-based meat companies Beyond Meat and Impossible Foods have seen surges in sales due to a shortage of beef and pork during the coronavirus pandemic.

Beyond Meat reported its first quarter net revenues increased 141 percent from the previous year to over $97 million, compared to over $40 million in first quarter in 2019. Impossible Foods, which is a private company that produces the Impossible Burger, is adding its product to 777 retail locations in California, Nevada and the Chicago-area.

Its debut in these new stores will mark a 500 percent increase in grocery store selling and the Impossible Burger will be in 1,000 grocery stores “soon,” the company announced in April.