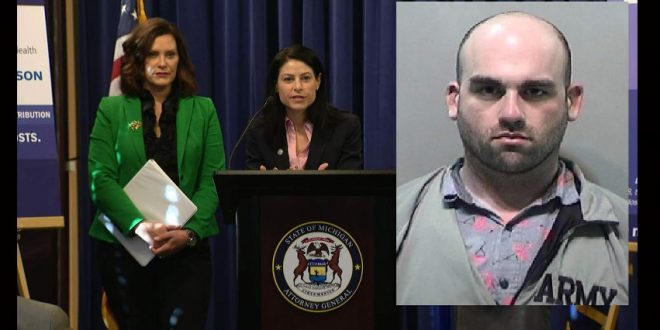 Prosecutor Kym Worthy charged Robert Sinclair Tesh with false report of a threat of terrorism, a felony that carries a maximum penalty of 20 years in prison, according to a press release. He was arraigned on April 22.

Whitmer called on Republican lawmakers Monday to denounce death threats levied against her on social media. Recent protests against Whitmer’s stay-at-home order to combat COVID-19 have also seen signs with violent themes, like one on April 30 that said, “Tyrants get the rope.”

Tesh faces up to 20 years in prison if convicted. He’s out on $50,000 cash/surety bond and has been assigned a GPS tether. He spent a week in jail following his April 22 arraignment and is due to appear in court again June 3.