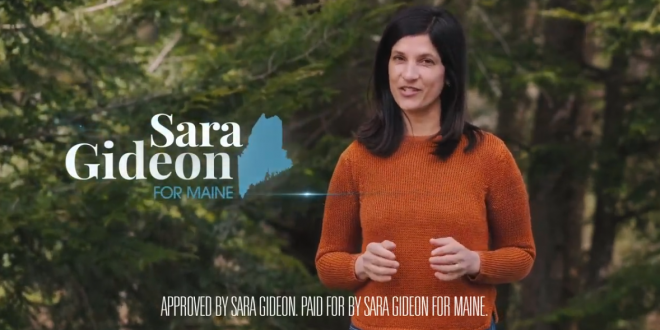 Democrats need a net gain of four Senate seats, or three and the vice presidency, to attain a majority in the upper chamber.

One big opportunity for Democrats is in Maine, where Senator Susan Collins’ newfound alignment with Trump has made her vulnerable to Maine House Speaker Sara Gideon, her first real challenge since she was first elected in 1996.

Just in: a new #MESen poll has us ahead of Senator Collins — the third poll in a row that has us leading.

I know that we can win this race, but we need to be able to maintain this momentum all the way to November. Can you chip in to help? https://t.co/Wh7EHtTJQb

Sara Gideon is now trying to raise money off of a fake poll that was cooked up in a storage unit in Illinois. #mepolitics https://t.co/qGwVx7mBqx