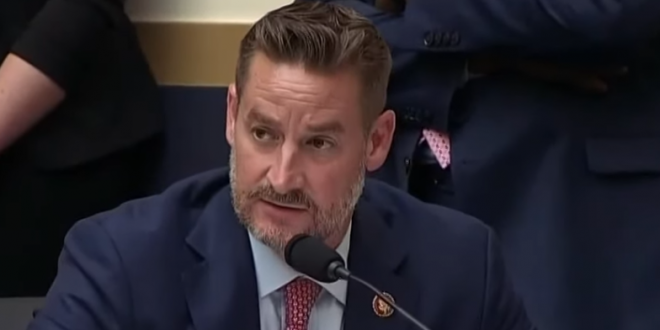 It’s almost certain that Rep. Greg Steube (R-FL) did not intend to prohibit the president from steering campaign funds to his own hotels, resorts, and golf clubs. He introduced a bill this month explicitly designed to target campaign spending by a House colleague, Rep. Ilhan Omar (D-MN). But the language of his legislation would very likely bar Trump campaign payments to Trump businesses as well, and his office could not muster an explanation otherwise.

The bill prohibits any campaign payment “to a vendor which is owned or controlled by an immediate family member of the candidate,” which it defines as “a father, mother, son, daughter, brother, sister, husband, wife, father-in-law, or mother-in-law.” A company is considered to be “controlled” by a candidate’s family member if that family member “is a member of the board of directors or similar governing body of the vendor.”

Steube, a freshman, tried to make a name for himself by grandstanding while questioning Robert Mueller. Since you’ve likely never heard of him until today, that also failed. He won his seat in 2018 after his Democratic opponent died of an apparent heart attack weeks before the election.

Our goal is to keep America safe, healthy, and secure.

Thousands are dead and she is focused on one thing: revenge for her many failures.

God tells us in 2 Chronicles 7:14: “If my people, who are called by my name, will humble themselves and pray and seek my face and turn from their wicked ways, then I will hear from heaven, and I will forgive their sin and will heal their land.”