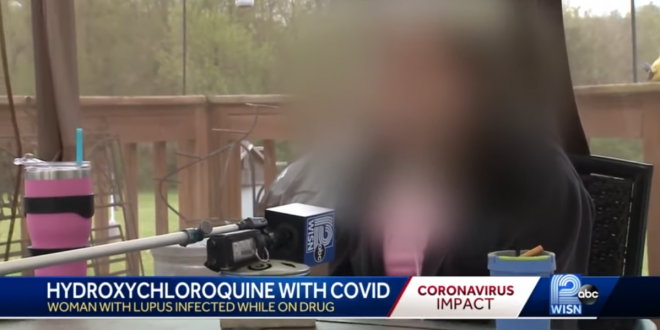 A Wisconsin woman who has taken hydroxychloroquine for 19 years to treat lupus says the anti-malarial drug will not protect someone from COVID-19. Kim, who doesn’t want to show her face or give her full name, says after the pandemic began, she only left her Oconomowoc home to go the grocery store.

But by mid-April, she started feeling coronavirus symptoms. “Weak all over. Coughing, fever. The fever was very high,” she told WISN. “It just went downhill from there. I couldn’t breathe no more.”

Kim said even though she took precautions when leaving the house for the grocery store, she thought she would be safe because of what President Donald Trump has said about the drug.

Remember how Trump paraded that Michigan Democrat out who says hydroxychloroquine cured her of COVID-19? Here’s a Trump supporter who says the drug didn’t do a damn thing to prevent or treat it and is pissed at Trump. https://t.co/5wIKKA3YAy