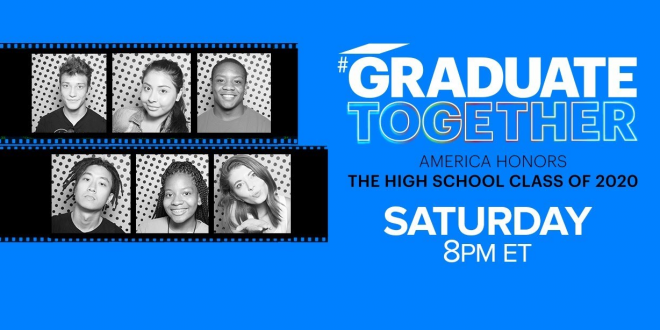 Former President Barack Obama will give a virtual commencement address to graduating high school seniors across the country Saturday night during a televised event hosted by NBA star LeBron James.

It is part of a special called “Graduate Together: America Honors the High School Class of 2020” that will also include appearances by numerous musical stars, celebrities and athletes, including the Jonas Brothers, Megan Rapinoe, Pharrell Williams, Maren Morris and Malala Yousafzai.

The event will air on NBC, ABC, CBS and FOX simultaneously at 8 p.m. ET. It will also be livestreamed on NBC News as well as YouTube, Instagram, Facebook and Snapchat. It is produced by Done + Dusted and James’ SpringHill Entertainment.

Previous House Panel To Investigate Latest Firing Of Watchdog
Next Obama: COVID Has Torn Back The Curtain On The Idea That The People In Charge Know What They’re Doing