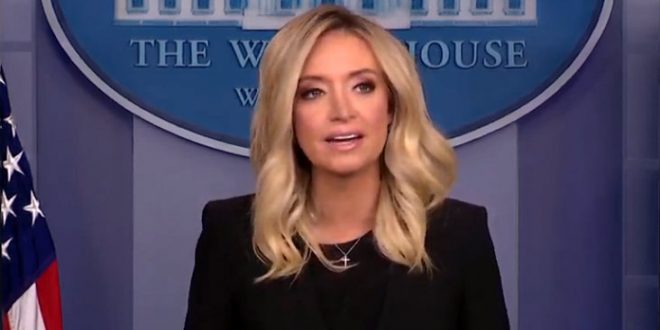 President Donald Trump’s new spokeswoman, Kayleigh McEnany, is to face reporters for the first time in the White House Briefing Room on Friday, something her predecessor never did during a nine-month stint as press secretary.

During past administrations, a White House press secretary holding a formal briefing would hardly be news, but it’s an oddity in the current administration, in which the media-obsessed Trump sees himself as his best spokesman, communications director and strategist.

Previous Fox Anchor On Michael Flynn: Don’t Lie To The FBI
Next Alex Jones Promises: “I Will Eat Your Ass” [VIDEO]