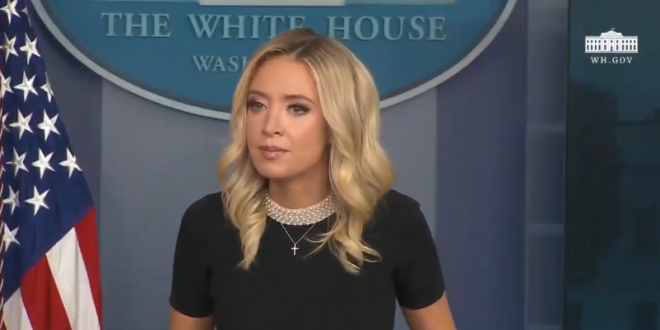 Kayleigh McEnany sees God’s hand in the president’s election. When asked if God put Donald Trump into The White House for such a time as this, her answer is clear. “Yeah, I think prayer made a difference in the election,” she says.

“Not to say that He puts a certain political party in a certain place at a time but I do believe certain people are meant to be in positions at a certain moment and I do believe that President Trump is the person meant for this moment. I think prayer made a lot of difference.”