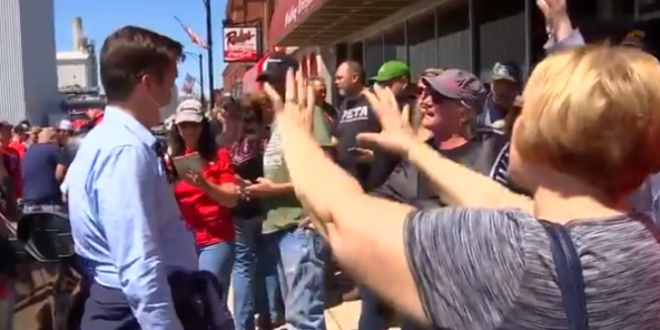 A reporter was harassed for wearing a mask outside an Albany, Minn., tavern’s reopening that turned into protest following a judge’s move to impose a restraining order keeping the bar shut.

Lou Raguse, a reporter working for NBC affiliate KARE 11, arrived on the scene to cover the reopening, where residents gathering outside Shady’s Tavern allegedly harassed him for wearing a mask in public.

In video footage captured from the event, two women appear to be chanting “Take it off! Take it off!” at Raguse.  Sounds of coughing could be heard as protesters followed him while he walked away from the scene.

Came across this clip in @FOX9 video from Monday’s protest/rally outside Shady’s Tavern in Albany, MN. This is @LouRaguse, a fellow Reporter & friend trying to cover the story. And getting *harassed* for wearing a mask. A judge will decide soon whether the bar can legally re-open pic.twitter.com/iHYXUvysow