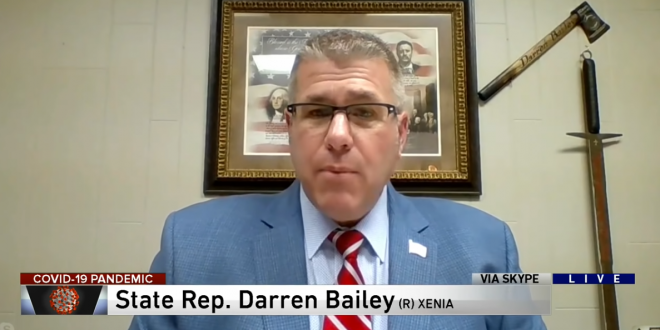 Illinois Rep. Darren Bailey was removed from the state legislature Wednesday after refusing to comply with a rule requiring all lawmakers to wear masks during the special session.

After the State House voted overwhelmingly to adopt the rule, Democratic Rep. Chris Welch made a motion to remove Bailey from the House proceedings. After Bailey refused to put on a mask, the House voted 81-27 to remove him from the chamber.

Several House Republicans voted in favor of removing Bailey from the proceedings. Bailey later told press gathered outside of the session that he had also refused to take a coronavirus test prior to the session beginning. Lawmakers were asked to take a test, but it was not required, according to multiple reports.