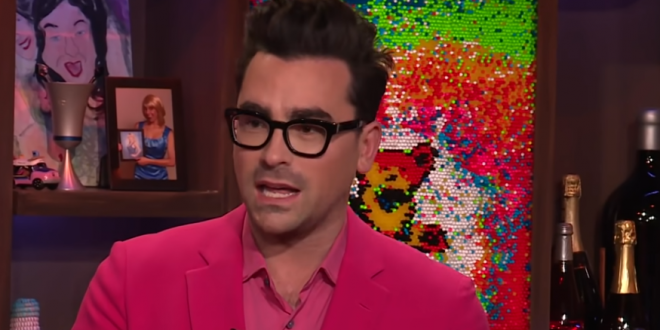 NYC Pride has announced a 50th anniversary broadcast special featuring Dan Levy, Janelle Monáe, Billy Porter, and a host of other celebrities and LGBTQ activists. The special, in conjunction with WABC Channel 7, will take place on Sunday, June 28, and replaces the annual Pride March, which was canceled last month due to COVID-19.

The event will honor this year’s grand marshals, who had already been announced before the coronavirus pandemic changed the world as we know it. They include Dan Levy, the co-creator and star of the smash hit Canadian sitcom “Schitt’s Creek;” human rights activist Yanzi Peng, who’s the executive director of LGBT Rights Advocacy China; LGBTQ rights powerhouse activist Victoria Cruz; and the Ali Forney Center, the nation’s largest organization dedicated to caring for homeless LGBTQ youth.

“The NYC Pride March is such a pillar of our community and I am incredibly honored to be recognized alongside the other Grand Marshals on its 50th anniversary,” Dan Levy said. “While the physical circumstances are less than ideal, our community has always come together in the face of adversity, and this year’s broadcast is no exception. I am so inspired by the opportunity we’ve been given to celebrate together.”