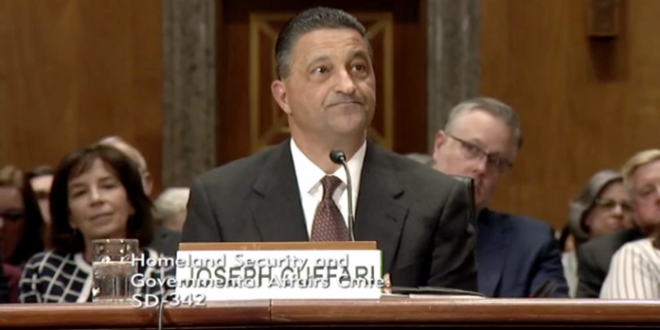 The Department of Homeland Security’s inspector general wants you to know he has the credentials to hold accountable a 240,000-person department responsible for keeping the country safe. Until Thursday, Joseph Cuffari’s official government bio stated, “Dr. Cuffari earned a Ph.D. in philosophy.” That isn’t true. Cuffari’s PhD from California Coast University is in management, and it was conferred by a school that was unaccredited at the time.

In 2004, two years after Cuffari received the degree, the Government Accountability Office prominently featured California Coast University in a report on unaccredited “diploma mills” that required no classroom instruction and issued degrees for low flat fees. Despite all this, Cuffari has regularly signed letters to Congress as “Joseph V. Cuffari, Ph.D.” Cuffari, whom Trump nominated in November 2018, is the kind of laissez-faire watchdog Trump is looking for.