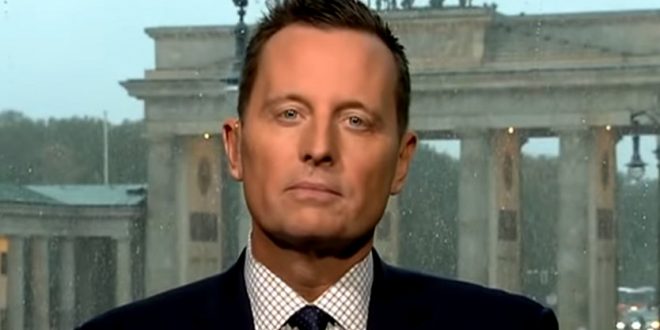 Grenell To Step Down As US Ambassador To Germany

Richard Grenell will step down as U.S. ambassador to Berlin in a few weeks, according to a report from German outlet Die Welt based on information from the German Press Agency.

President Donald Trump in February called Grenell back to Washington to take over as head of U.S. intelligence on an interim basis, replacing former acting Director of National Intelligence Joseph Maguire.

As has been widely reported, Grenell has been an outcast among the diplomatic corps in Germany and has faced calls for his expulsion over his support for the far-right.