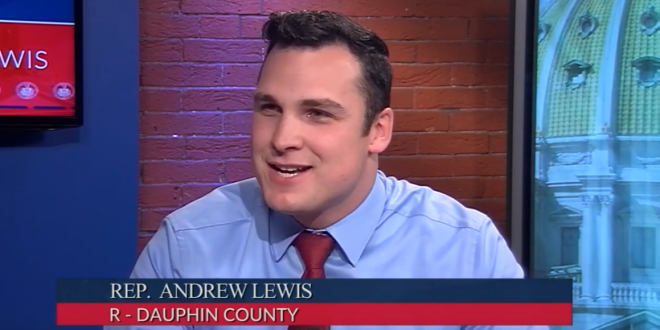 A Republican state lawmaker from Central Pennsylvania confirmed Wednesday that he tested positive for the coronavirus earlier this month, leading at least one of his House colleagues to self-quarantine. The admission immediately ignited outrage among Democrats in the chamber who said they were recklessly left in the dark for nearly a week about the lawmaker’s condition.

State Rep. Andrew Lewis (R., Dauphin) said in a statement that he received a positive COVID-19 result on May 20 and immediately began self-isolation.  One of Lewis’ House colleagues, Rep. Russ Diamond (R., Lebanon), confirmed he was contacted and asked to self-quarantine. Diamond has been one of the legislature’s most vocal opponents of mask-wearing, boasting on social media that he goes shopping without one.

The Pennsylvania Department of Health launched a webpage last week that allows workers to complain online about employers who fail to provide masks, practice social distancing or clean their workplaces to help prevent the spread of COVID-19, the highly infectious disease caused by the novel coronavirus.

Referring to the Department of Health webpage, Republican state Rep. Andrew Lewis of Dauphin County said, “This is not how America operates. This is ludicrous.” He described the website as a “snitch portal.”

Upon hearing the news Wednesday, Democrats immediately began demanding answers from their Republican colleagues about why they had not been informed sooner that one of their colleagues had tested positive. Some demanded resignations.

Rep. Kevin Boyle (D., Phila.) chairs a House committee on which both Diamond and Lewis sit. He said most Republican members have not been wearing masks in committee.

“I am livid,” said State Rep. Malcolm Kenyatta (D., Phila.), who sits on the committee with Lewis, adding: “They were derelict in their duty when they did not alert us to this immediately…. They put our health at risk, they put our families at risk, and Speaker [Mike] Turzai should resign, period.”

State Rep. Andrew Lewis says he “immediately … contacted the House of Representatives, and [the GOP] Human Resources Department.” That’s 5/20 when he learned he had COVID-19

In between, there was session, meetings, and so on.

RESIGN! We’ve learned today that House Speaker @MikeTurzai and Republican leaders knew for a week that at least one of their Members had tested positive, and they quarantined a few of their own Members as a result, but failed to notify any of us exposed to them!

Previous Georgia Gov To Expand Reopening: People Know What To Do, We Can’t Fight COVID From Our Living Rooms
Next Hair Furor To Sign Executive Order About Social Media