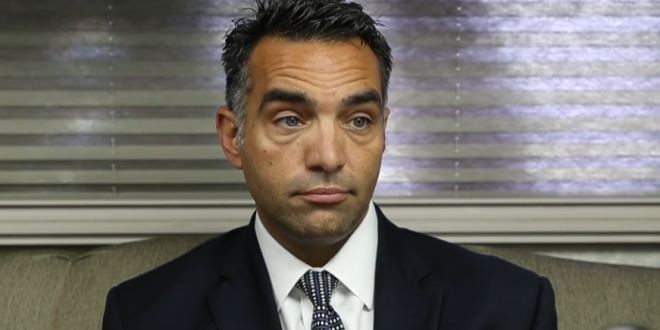 It’s one thing for random people to complain, but for a government official to reject them sets an awful precedent. It’s why Mike Pence received criticism last week after photos showed him without one at a hospital. At least he’s since apologized.

That’s not the case with Ohio State Rep. Nino Vitale, who says he doesn’t want to wear a mask because God doesn’t wear one either.

“This is the greatest nation on earth founded on Judeo-Christian Principles. One of those principles is that we are all created in the image and likeness of God. That image is seen the most by our face. I will not wear a mask.”

Vitale last appeared on JMG in June 2018 when he introduced an ultimately failed “Pastor Protection Act” that would have made it legal for wedding venues to reject same-sex couples. His bill passed overwhelmingly in the Ohio House but tanked in the state Senate.