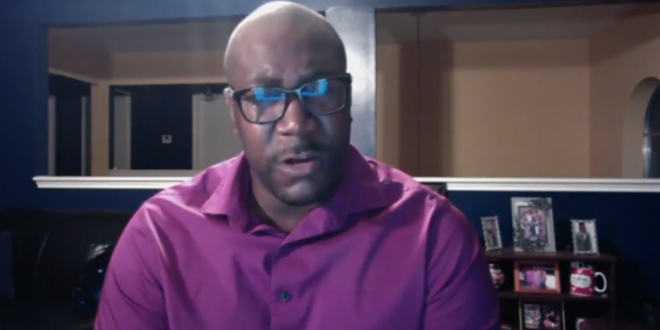 George Floyd’s Brother: Trump Blew Me Off On Call

The brother of George Floyd, the man whose death in Minneapolis on Monday set off nationwide protests, expressed disappointment with a conversation he had with President Trump, saying the president “kept pushing me off.”

“He didn’t give me an opportunity to even speak,” Philonise Floyd told MSNBC’s Al Sharpton of his call with the president. “It was hard. I was trying to talk to him, but he just kept, like, pushing me off, like ‘I don’t want to hear what you’re talking about.’ ”

“And I just told him, I want justice. I said that I couldn’t believe that they committed a modern-day lynching in broad daylight,” he continued.

George Floyd’s brother calls for first-degree murder charges and the death penalty for the officers involved in Floyd’s death; says conversation with President Trump was so fast that he “didn’t even give me the chance to speak.” https://t.co/gj8Hktjqok

George Floyd’s brother says President Trump “didn’t give me an opportunity to even speak” during their phone call https://t.co/hhdq6Yd2oM pic.twitter.com/Zo2SuJS5BW