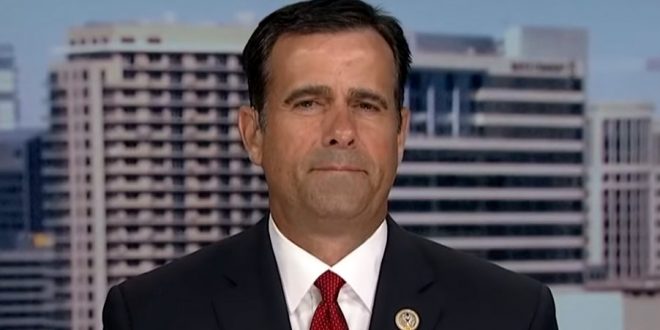 A divided Senate voted on Thursday to confirm Representative John Ratcliffe of Texas, a fierce conservative ally of President Trump’s with relatively little intelligence experience, to become the next director of the nation’s spy agencies.

Democrats opposed the nomination en masse, but they agreed to dispense with the normal rules and accelerate Mr. Ratcliffe’s confirmation in an effort to more quickly oust the acting director of national intelligence, Richard Grenell, whose actions have irked lawmakers in both parties.

The final tally in the Senate was 49 to 44, with Mr. Ratcliffe receiving far more votes against him than any other nominee to the intelligence post since it was created in late 2004.

This was Ratcliffe’s second run at the post. His first was torpedoed after it was revealed that he had faked parts of his resume and has no actual counter-terrorism experience.