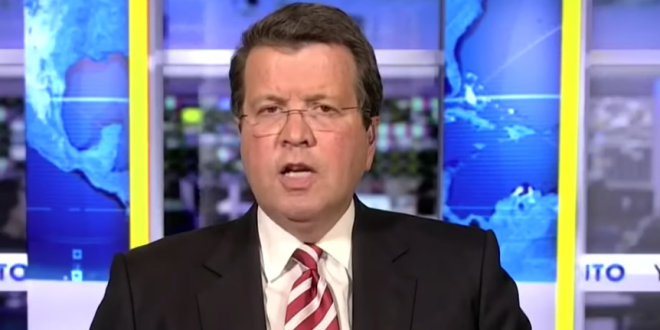 Fox News anchor Neil Cavuto directly challenged President Donald Trump’s rhetoric after an Oval Office press briefing in which the president made a “shocking” threat to shut down Twitter because the social media site had fact-checked his tweets.

Cavuto pointed out that Twitter was, in fact, correct that Trump’s tweets about mail-in ballots in California were factually incorrect and highly misleading.

“He was open to shutting down Twitter. Whatever your opinions on the left or right, a huge, huge social networking site among the largest on the planet, and that since it was fact checking him, that’s good enough to crack down and maybe look at shutting down Twitter,” Cavuto said, his concern quite evident.

Trump has attacked Cavuto several times in the past, so stand by for yet another meltdown.

Cavuto fact checks the President’s Scarborough conspiracy theory tweets and points out Scarborough wasn’t even there at the time pic.twitter.com/OzxZ6Buv33

While the country is in disarray, the President wants you to know he’s the real victim here because Twitter fact checked two of his tweets pic.twitter.com/Oh5XSTvWa5