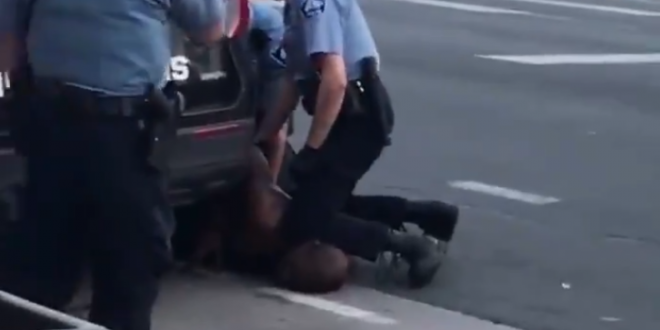 George Floyd was arrested Sunday night for an alleged forgery at a deli. Officers say he resisted arrest before one of the officers kneeled on Floyd’s neck.

The video shows Floyd struggling, and you can hear him saying he could not breathe. Four minutes in, Floyd appears to go unconscious. The officer continued to hold him down, until Floyd was pulled onto a stretcher. He later died at Hennepin Healthcare.

Four responding MPD officers involved in the death of George Floyd have been terminated.

This is the right call.

“I CAN’T BREATHE”: Video shows George Floyd, a black man that police say was a possible “forgery” suspect, pleading with Minneapolis cops for air as they press a knee into his neck. Floyd loses consciousness and later dies.