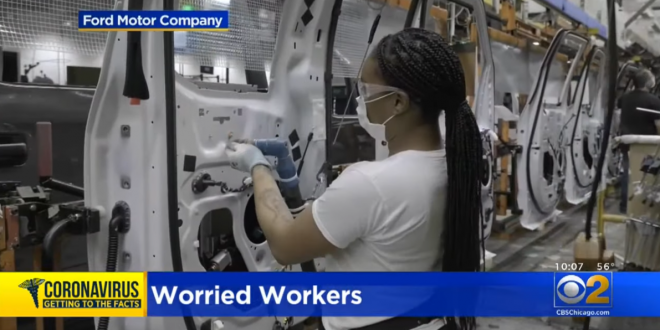 Day two back on the job for thousands of workers at Chicago’s Ford assembly plant did not go as planned. Many were forced to leave early after two employees tested positive for COVID-19.

CBS 2’s Charlie De Mar spoke with some employees who have mixed feelings about being back on the line. Some of those employees, of course, are thrilled to be back working and earning a paycheck, but they are asking at what cost to their own health and safety?

“I’m worried right now,” said employee Timothy Shy. “This is the second day, and we are already hearing about this.” Production was temporarily halted at part of the facility and the main plant.

Trump is scheduled to visit a different Ford plant today and is not expected to wear a mask.