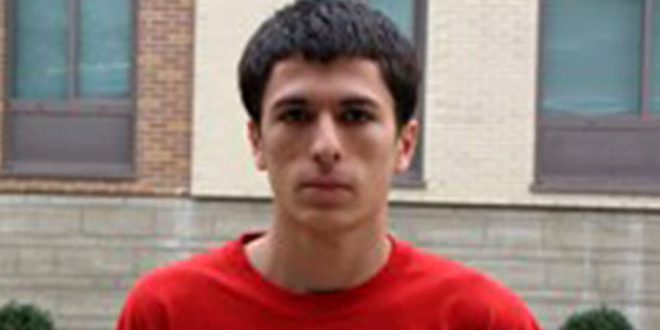 A racist anti-Semite who hinted online at his sexual frustration was busted after he and a buddy bought a pile of assault rifles from an undercover agent, the feds said Wednesday. Joseph Miner, 29, and friend Daniel Jou, 40, bought a cache of weapons with obliterated serial numbers in a hotel room near LaGuardia Airport on Tuesday night, say federal prosecutors.

Agents arrested the Bayside, Queens, pair as soon as they left the hotel room. Miner posted numerous times online about his desire to “go out firing,” the feds said. “Go on a spree after my enemies til the authorities take me out … Sometimes I’ve considered forming a well trained incel hit squad,” Miner wrote, according to the feds. He also advocated online for “RaHoWa” — alt-right online code for racial holy war, federal prosecutors said.

It was not clear whether the men, who are neighbors, were planning an attack, authorities said. But prosecutors pointed to alarming Instagram posts Miner made praising Hitler and the machete attack last year on a Hanukkah celebration north of New York City.

Days earlier, prosecutors said, he purchased “body armor emblazoned with an iteration of the Wolfsangel, a Nazi party symbol.” “In his own social media postings, he has glorified acts of murder and terrorism against racial, ethnic and religious groups,” Assistant U.S. Attorney Josh Hafetz wrote.

Miner, a former Cardozo High School and Queens College track star, maintained a hate-filled Instagram account under the name “Souljagoy” — a play on the name of rapper Soulja Boy and the Hebrew word goy, meaning “non-Jew” — in which he identified himself as a “Far Right Propagandist.”

Instagram posts and messages entered into evidence allegedly show Miner giving the Nazi salute in a photo with the text “God I hate women jews and n——, holding a knife in a photo captioned “overthrowing [Jews] is our Christian duty,” celebrating the anti-Semitic attack in Monsey, NY and praising Hitler.

“As alleged, after Joseph Miner praised extremist violence and expressed racist and anti-Semitic hatred on the internet, he and his co-defendant bought a collection of illegal firearms capable of inflicting mass bloodshed,” stated United States Attorney Donoghue.

United States Attorney Donoghue: “What the defendants did not know was that they were buying the guns from an undercover federal agent who had been investigating their plan to buy weapons that would be impossible to trace.”

United States Attorney Donoghue: “This Office, together with our law enforcement partners, will continue to exercise extreme vigilance to protect our communities by preventing individuals from purchasing illegal weapons.”