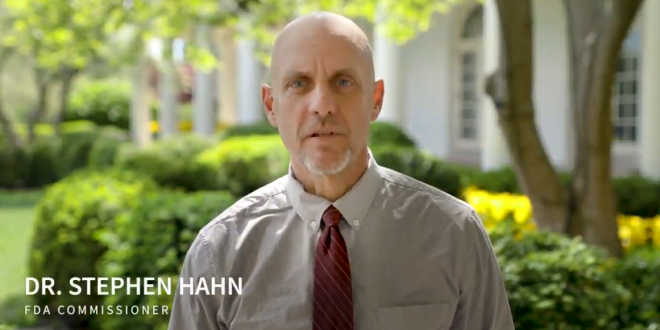 FDA Head In Quarantine Due To Pence’s COVID+ Spox

U.S. Food and Drug Administration Commissioner Stephen Hahn is in self-quarantine for a couple of weeks after coming into contact with someone who tested positive for COVID-19, an FDA spokesman told Reuters late on Friday.

Hahn immediately took a diagnostic test and was tested negative himself for the novel coronavirus, FDA spokesman Michael Felberbaum said in an emailed statement. Politico reported earlier that it was Katie Miller, U.S. Vice President Mike Pence’s press secretary, whom Hahn had come into contact with.

The diagnosis of Miller, who is married to White House immigration adviser and speech writer Stephen Miller, was revealed by Trump in a meeting with Republican lawmakers on Friday.