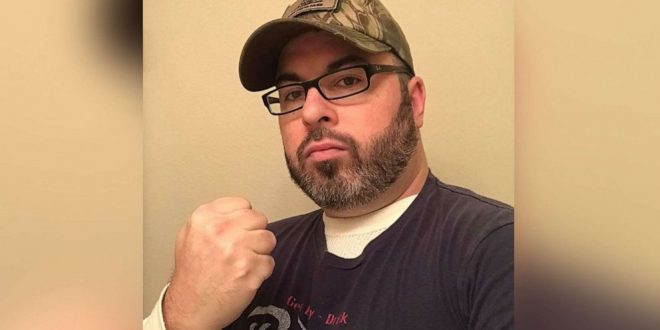 FBI: We Didn’t Kill That COVID Nazi, He Killed Himself

Missouri man who was planning to bomb a Kansas City-area hospital killed himself in March as FBI agents served a probable cause arrest warrant, the FBI said Friday. An autopsy determined that FBI agents shot Timothy Wilson, 36, of Raymore, Missouri, in the upper and lower extremities on March 24 on a street in Belton, Missouri, but that his cause of death was a self-inflicted wound to the head, the agency said. The FBI didn’t say if Wilson shot himself before or after the agents shot him.

Investigators said Wilson was distressed by the government’s response to the coronavirus crisis and motivated by racial, religious and anti-government animus, according to court documents. The plot was reminiscent of the 1995 bombing of a federal building in Oklahoma City. Wilson first talked of plans for an attack in April or June, but FBI agents say he moved up that timeline as the coronavirus made its way to Missouri.

From my first report on Wilson:

The suspected white supremacist who plotted to bomb a hospital facing the coronavirus crisis was in touch with a then-active U.S. Army soldier who wanted to launch his own attack on a major American news network and discussed targeting a Democratic presidential candidate, according to an FBI alert summarizing the case.

On Tuesday, as 36-year-old Timothy Wilson [photo] was on the verge of trying to detonate a car bomb at a Kansas City-area medical center, agents from the FBI’s field office in Missouri attempted to arrest him. But shots were fired, fatally wounding Wilson, according to the FBI.

NEW: The FBI says that Timothy Wilson, the neo-Nazi and National Socialist Movement member who plotted to blow up a Missouri hospital treating coronavirus patients in March, killed himself with a gunshot to the head during a shootout with agents. pic.twitter.com/F1QmCqXUAP