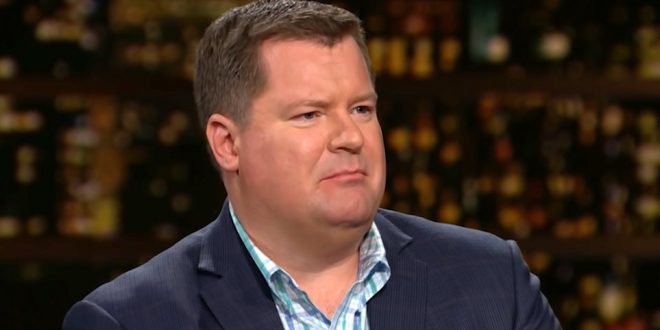 It is shameful and gross. It suggests as well that the President is more focused on score-settling than winning re-election and that should bother you as one of the President’s supporters. Joe Scarborough is not on the ballot. Joe Biden is.

Today, like yesterday, the President has spent more time focused on accusing an innocent man of murder and dredging up the pain of loss for a dead woman’s family than focusing on a man who could fill seats on the Supreme Court and who is ahead in most polls of the swing states the President needs to win.

Erickson last appeared on JMG when he defended Christians putting out lighted crosses amid the pandemic. He’s since deleted his tweet showing his own display.

Previous Texas Bar Owner Bans Customers With Masks: This Is “Push Back Against The Snitches And Contact Tracers”
Next Kellyanne Conway: If People Can Wait In Line For An Hour To Buy A Cupcake, They Can Wait In Line To Vote