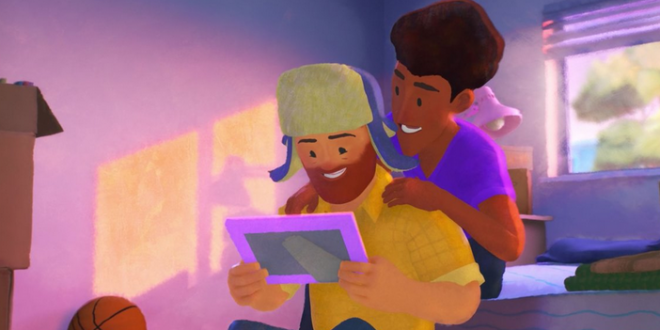 Pixar’s movie lineup still leaves much to be desired in terms of LGBTQ inclusion, but a short film released on Friday shows there is the capacity to bring these stories to life through tearjerking animation.

Out, the latest Pixar short released through Disney+’s SparkShorts series, arrived this week with the story of Greg as he moves in with his boyfriend, Manuel.

The problem is that Greg isn’t out to his parents, who arrive at his new doorstep eager to help. With a little nudge in the right direction from a pair of fairy god-pets — a magically fabulous dog and cat who ride in on a rainbow — Greg swaps bodies with his dog, Jim.

Please watch ‘OUT’ on @disneyplus pic.twitter.com/aNMguLxWiG

“Out,” the new Pixar SparkShort, is a fantastical glimpse into how wrong it feels keeping your true self bottled up inside. Highly recommend checking it out on Disney Plus! pic.twitter.com/J0aJV80qQb

Previous Fauci: Plan For Vaccine By End Of Year Is “Aspirational”
Next Ex-Trump Aide Got $3M Federal Contract To Sell Masks