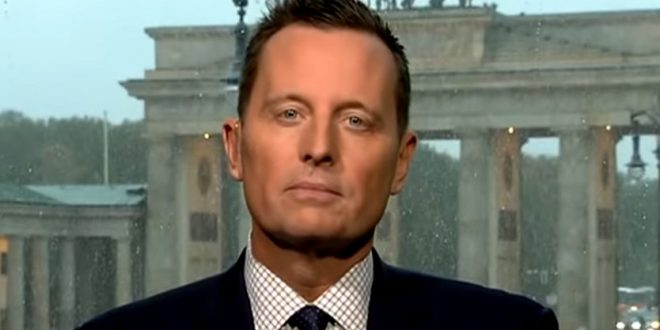 The acting intelligence chief announced a reorganization of the National Counter-Terrorism Center on Friday, part of an effort to reduce the size of the office overseeing the nation’s spy agencies.

Richard Grenell, the acting director of national intelligence, has been racing against the clock to make changes to his office before his appointment ends and he is replaced with a Senate-confirmed official.

Congressional Democrats were upset that they were not consulted before the changes. Senator Mark Warner of Virginia, the vice chairman of the Senate Intelligence Committee, said they would have to examine the details of the reorganization to “evaluate the wisdom of these cuts.”

Our Committee did not authorize these latest changes—announced, once again, late on a Friday—by a temporary and unqualified Acting Director of National Intelligence, nor were HPSCI or SSCI even briefed or consulted, as required by law and requested by the Committees.

The Acting DNI has a legal obligation to keep the Committee fully and currently informed of these changes and failed to do so.

NCTC was created in the wake of the September 11th attacks, and preventing another catastrophic attack remains among our nation’s most solemn obligations. Many recent former NCTC leaders expressed concerns about the potential for politicized changes to NCTC.

We will therefore be reviewing these significant changes carefully, including to assess the operational impact they could have on our nation’s readiness to identify, assess, and thwart potential terrorist attacks.