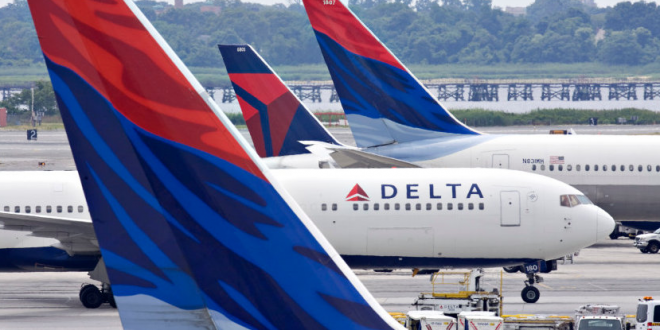 Travelers aboard Delta Air Lines are about to have fewer options when it comes to airports in major metro areas. Delta announced Friday that it is cutting service at 10 U.S. airports serving cities including New York, Los Angeles and Chicago as part of a previously announced 85% overall reduction in its service schedule.

In each case, Delta says the airports where it is temporarily pulling service are relatively close to other, larger airports that travelers can use as an alternative. The changes take effect Wednesday and will stay until September, the airline said, portraying the cutbacks as an attempt to reduce its employees’ possible exposure to the coronavirus.

“By consolidating operations while customer traffic is low, we can allow more of our people to stay home in accordance with local health guidelines,” said Senior Vice President Sandy Gordon in a statement. 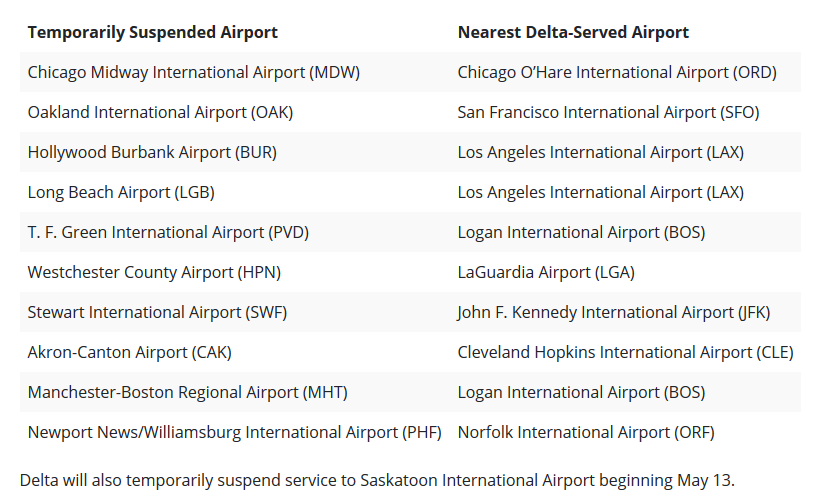