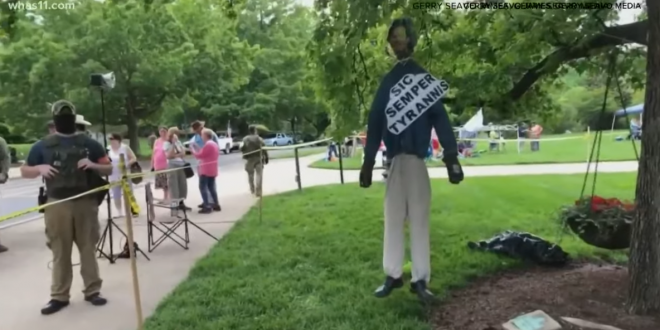 An individual seen participating in the hanging of Gov. Andy Beshear’s effigy on Sunday at the Kentucky Capitol has been fired by their employer. The Neil Huffman Automotive Group announced the firing on Twitter Tuesday evening after an internal investigation.

The identity of the individual has not been released and it is unclear which dealership he or she may have worked at. A protest for gun rights at the Capitol on Sunday included attendees hanging a Beshear effigy from a tree near the governor’s mansion.

A statement from Neil Huffman Auto Group on May 26, 2020. pic.twitter.com/SkElCl0KhH