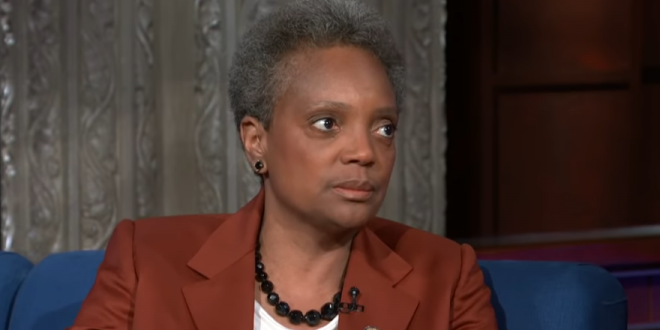 Chicago Mayor Lightfoot had very choice, very specific words for President Trump’s comments on the murder of George Floyd: “I will code what I really want to say to Donald Trump. It begins with F and ends with you.”

The mayor responded to a series of tweeted comments by the president and was upset by his continued rhetoric over the Floyd’s death at the hands of Minneapolis police officer Derek Chauvin. “I watched in horror as President Trump tweeted a threat to shoot people. In the streets,” Lightfoot said.

“His goal is to polarize, to destabilize local government and inflame racist urges. And we can absolutely not let him prevail,” Lightfoot said. “I will code what I really want to say to Donald Trump. It’s two words: It begins with F and ends with YOU.” https://t.co/uJeiZAv2xQ