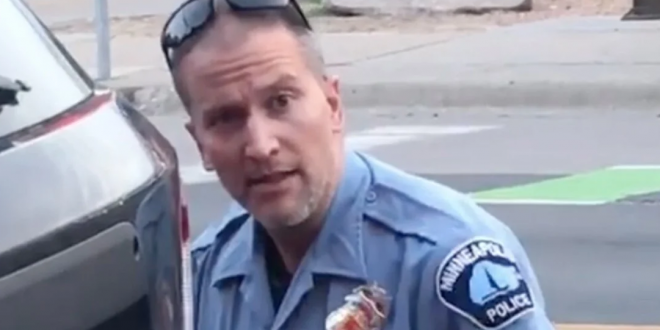 Fired Minneapolis police officer Derek Chauvin has been arrested days after George Floyd’s fatal arrest that sparked protests and outcry across the city and nation.

On Friday, John Harrington, commissioner of the Minnesota Department of Public Safety, announced that Chauvin has been taken into custody in connection with the May 25 death.

Chauvin is the former officer in the video seen around the world with his knee on Floyd’s neck. He’d been with Minneapolis police for 19 years. Floyd’s death is being investigated by the U.S. Attorney’s Office, FBI in Minneapolis and the Department of Justice Civil Rights division.

Share
Previous Obama: This Shouldn’t Be Normal, It Can’t Be Normal
Next Taylor Swift Rages At Trump: You’ve Stoked The Fires Of White Supremacy And Racism, “We Will Vote You Out”