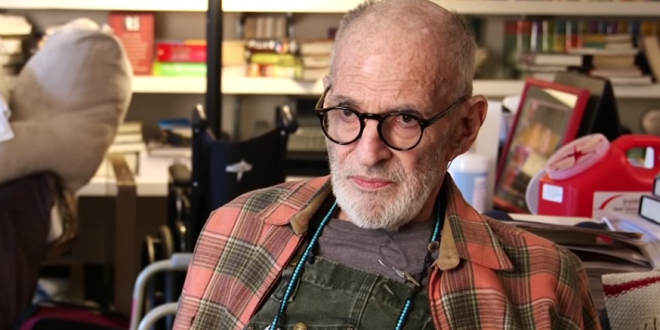 Larry Kramer, the noted writer whose raucous, antagonistic campaign for an all-out response to the AIDS crisis helped shift national health policy in the 1980s and ’90s, died on Wednesday in Manhattan. He was 84.

His husband, David Webster, said the cause was pneumonia. Mr. Kramer had weathered illness for much of his adult life. Among other things he had been infected with H.I.V., the virus that causes AIDS, contracted liver disease and underwent a successful liver transplant.

Mr. Kramer was a founder of the Gay Men’s Health Crisis, the first service organization for H.I.V.-positive people, in 1981. His fellow directors effectively kicked him out a year later for his aggressive approach, and he returned the compliment by calling them “a sad organization of sissies.”

Previous Fauci: I Wear A Mask To Protect Myself And Others But Also As A Symbol That Others Should Do The Same
Next Wife Of Militia Member Fired For Effigy Blames Governor