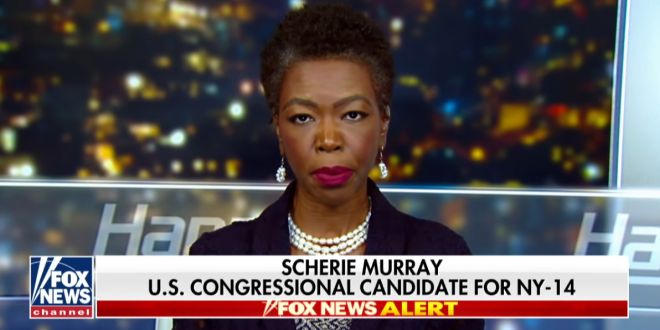 “I am very grateful to the constituents in NY-14 and citizens from across this great nation for their support and words of encouragement,” Scherie Murray, a Jamaican immigrant and businesswoman, said in a statement.

“As long as avowed socialists are legislators, you can rest assured I will use my platform to advocate for the kitchen table issues of the toughest, hardest working New Yorkers. This is not the end for Scherie Murray because I will continue to work hard,” Scherie Murray said,” she added.

Republican challenger Scherie Murray, a Jamaican immigrant who runs an advertising company, filed a federal suit against a contractor for allegedly botching its task to get signatures on her behalf.

“The signature petitions collected were in violation of New York election law and contained numerous errors,” according to the lawsuit filed Tuesday in Brooklyn Federal Court. “These errors ultimately prevented plaintiff from qualifying to be on the Republican primary ballot for the 2020 election.”

The lawsuit says the defendants breached their contract, and that the campaign is owed damages in excess of $250,000. But consultant Andrew Shannon said Murray is just striking back after he sued her a month earlier for breaching the contract.