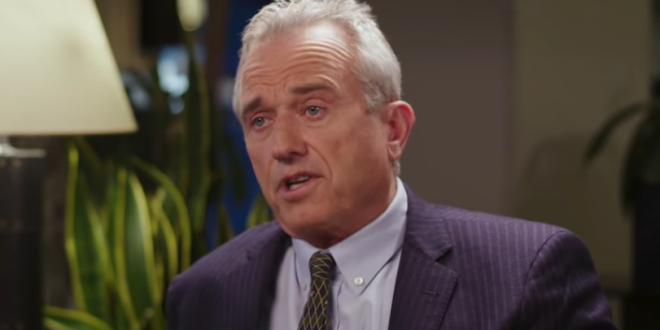 On one side of the fight is Robert F. Kennedy Jr., perhaps the country’s most prominent anti-vaccine activist, whose own family members have disowned his anti-vaccine views. On the other is Shiva Ayyadurai, the self-styled “inventor of email” who’s running in the Republican primary for a Massachusetts Senate seat.

Last week, their simmering fight over leadership of the anti-vaccine movement spilled into court, with Ayyadurai suing Kennedy for $95 million for defamation.

Ayyadurai has been publicly feuding with Kennedy since at least January, when he claimed on Twitter that Kennedy was afraid to take a picture with him at an anti-vaccine event and tying Kennedy to Hillary Clinton, who has been dubbed in the community as the “vaccine queen.”

This is OUR enemy. The “liberal” global elite – the #KennedyKlintonKlan – who are here to “help YOU,” to “save you” from YOU – to “protect” YOUR HEALTH – Top-Down. This why OUR Bottom’s Up movement #Shiva4Senate – for #TruthFreedomHealth – is their WORST NIGHTMARE. Time to WIN! pic.twitter.com/OIX8Wu4aJ9