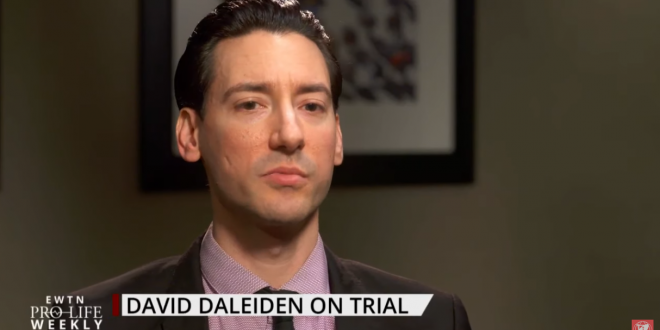 A federal judge has issued an order demanding that a group of pro-life activists who were behind a series of undercover videos taken at Planned Parenthood facilities and abortion conferences are liable for more than $1.2 million in damages.

U.S. District Court Judge William Orrick of the Northern District of California released an order today against individuals connected to the Center for Medical Progress. At issue was an Unfair Competition Law claim brought by Planned Parenthood and the plaintiffs California Business & Professions Code.

Orrick ruled in favor of the claim, citing a jury verdict from last November that found CMP, its founder David Daleiden, and activists including Troy Newman of Operation Rescue guilty of violating several laws when investigators went undercover at Planned Parenthood facilities and events.

The jury awarded Planned Parenthood $870,000 in punitive damages. Because that amount was tripled under the federal racketeering law, the award combined with compensatory damages totaled more than $2 million.

After months of legal arguments, a final judgement has been released in the Planned Parenthood Federation of America, et al v. Center for Medical Progress, et al, baby parts case. In November, a jury found pro-life defendants liable for violations of RICO, and a host of other laws.

Attorneys with the American Center for Law and Justice (ACLJ), who represent pro-life defendant Troy Newman, President of Operation Rescue, noted that Newman was found to be joint and severally liable for a judgment totaling $1,555,084, plus what is expected to be millions more in attorney fees. The exact figure will be determined at a later date.

Newman fully expects Planned Parenthood to attempt to collect on the judgment, but defiantly maintains his innocence. He hopes to clear his name through the appeals process.

Newman last appeared on JMG in 2015 when he was deported from Australia over fears he would incite violence.

Newman has called for executing abortion providers and met with Trump at the White House in 2016 during an event with Trump’s evangelical advisory council.

NOTE: It’s unclear why the reported judgment amounts differ in the above-linked articles.

Previous REVERSAL: No Early Release From Prison For Cohen
Next LOL: New WH Press Sec Vows “I Will Never Lie To You”