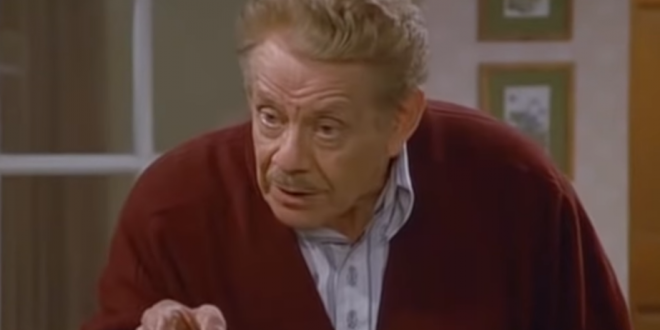 Jerry Stiller, a classically trained actor who became a comedy star twice — in the 1960s in partnership with his wife, Anne Meara, and in the 1990s with a memorable recurring role on “Seinfeld” — has died. He was 92. His death was confirmed on Monday by his son, the actor Ben Stiller, in a tweet, who said his father had died of natural causes.

Mr. Stiller’s accomplishments as an actor were considerable. He appeared on Broadway in Terrence McNally’s frantic farce “The Ritz” in 1975 and David Rabe’s dark drama “Hurlyburly” in 1984.

Off Broadway, he was in “The Threepenny Opera”; in Central Park, he played Shakespearean clowns for Joseph Papp; onscreen, he was seen as, among other things, a police detective in “The Taking of Pelham One, Two, Three” (1974) and Divine’s husband in John Waters’s “Hairspray” (1988). But he was best known as a comedian.