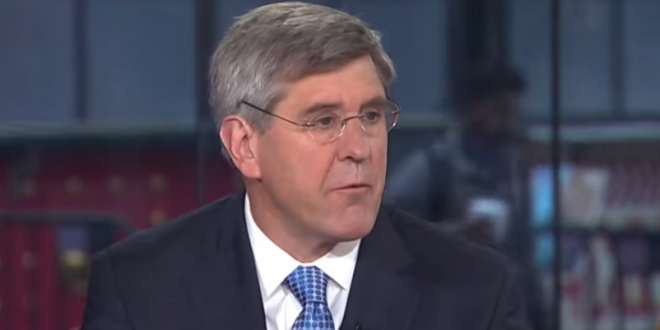 Support for the protests features more direct ties to the White House than simply support for Mr. Trump. The administration recently formed an advisory group for reopening the economy that included Stephen Moore, the conservative economics commentator.

Mr. Moore had been coordinating with FreedomWorks, the Tea Party Patriots and the American Legislative Exchange Council in a coalition called “Save Our Country,” which was formed to push for a quicker easing of restrictions.

At the same time, Mr. Moore was communicating with a group of local activists in Wisconsin involved in organizing a protest at the State Capitol set for Friday.

Appearing on the conservative YouTube show “Freedom on Tap” last Tuesday, Moore claimed to have a big donor in Wisconsin supporting the protest effort. Moore claimed that the unidentified donor told him, “I promise, I will pay the bail and legal fees of anyone who gets arrested.”

Moore was a top economic advisor on Trump’s 2016 campaign, and has been a regular surrogate for the president on cable news in the years since. He was nominated to serve on the board of the Fed in 2019, but withdrew amid an onslaught of criticism.