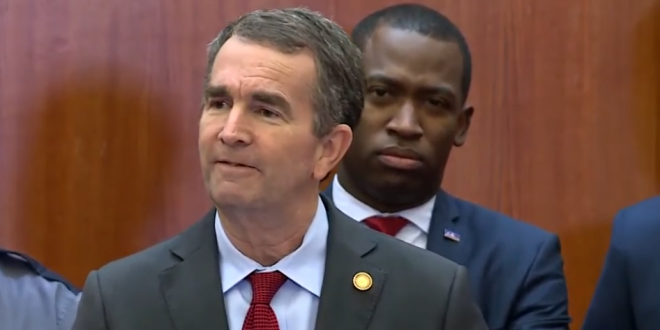 Guns became a divisive issue in Virginia after Democrats won full control of the state’s General Assembly in November, and Northam, a Democrat, promised to pass the host of restrictions.

The signing comes almost three months after more than 20,000 gun owners descended on the state capitol in Richmond to protest the measures. It’s also been almost a year since the deadly Virginia Beach shooting left 12 people dead plus the shooter at a municipal building.

Our state has a Governor who does not care about the Constitution, the people and our rights

We beat the @NRA in their own state 🥳

We worked hard with local lawmakers & advocates to get this done. On July 1, these bills become law. #valeg https://t.co/834YzVXpkg

Five gun safety bills were signed into law today by @GovernorVA and two more bills are moving forward for consideration on April 22. @MomsDemand volunteers are grateful to courageous Virginia lawmakers for answering the cries of their constituents. #VAleg https://t.co/aLB3dllUQb

In November, Virginians called out loud and clear for meaningful legislation to address gun violence. They demanded action and we delivered. I am grateful to @GovernorVA for his leadership & for signing these bills that will save lives. https://t.co/kvRUAyZrAu