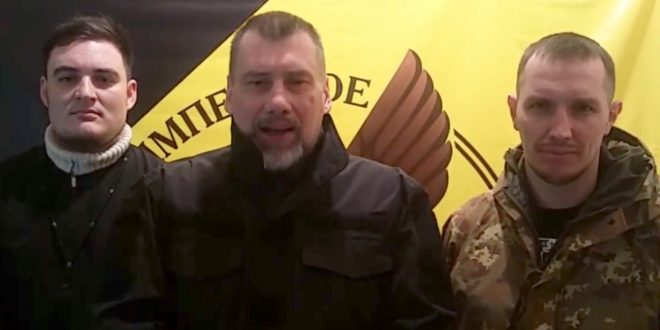 The Trump administration is expected to announce on Monday that it is designating an ultranationalist group based in Russia as a terrorist organization, according to officials. It is the first time the government will apply the label to a white supremacist group.

While the label of specially designated global terrorist has been frequently used for Islamist extremists, there have been growing concerns among U.S. officials about violent white supremacists with transnational links over the past five years. In 2018, the White House added that threat to the government’s National Strategy for Counterterrorism.

The State Department’s designation for the organization, the Russian Imperial Movement, sets up the Treasury Department’s Office of Foreign Assets Control to block any American property or assets belonging to the group. It will also bar Americans from financial dealings with the organization and make it easier to ban its members from traveling to the United States.

From the 2018 German-language clip below:

My name is Stanislav Vorobyev and I am the leader of the Russian Imperial Movement. Europe Awake is a righteous reaction to the silent war against Christianity, traditional values and European culture. It is obvious that there are forces that brainwash Europeans through western media with so called multiculture, radical feminism, tolerance of evil and, last but not least, war propaganda against Russia. Europe Awake is a great attempt to take a stand against these hostile forces and unite all conservative Europeans for the same goal: peace and cooperation between European nations.

The second clip, in English, is about Jesus. Of course.