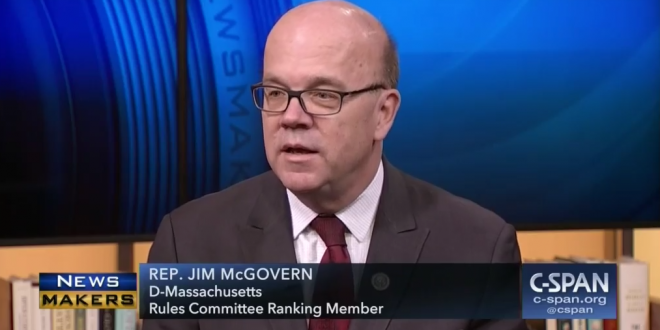 The House is inching toward “temporary, low-tech remote voting,” according to recommendations that House Rules Chairman Jim McGovern made on a conference call with House Democrats on Thursday.

The Massachusetts Democrat recommended proxy voting, which would allow an absent member to designate a colleague to vote on their behalf, and unlike proposals floated previously, there would be no “general proxy” to allow minority and majority leaders to serve as proxies for members of their respective parties for a verbal roll call vote.

“Members would have to direct each and every vote,” McGovern said in a statement issued after Thursday’s call. Members able and willing to vote in person on their own behalf could still do so. Members physically present would be eligible to cast votes on behalf of their colleagues.