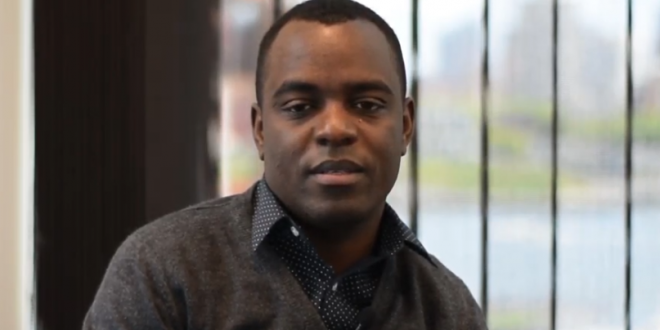 A gay rights leader in Uganda says 20 members of the local LGBT community have been detained after police raided their shelter and accused them of violating coronavirus-related social distancing measures.

“It is evident that they were arrested because of their homosexuality,” Frank Mugisha [photo] said Wednesday, expressing concern for their safety as “some of them are on AIDS medication.” Gay sex is criminalized in Uganda.

Mugisha said the 20 were among 23 people accused of violating the president’s orders during a police raid on Sunday. Three were freed because of ill health, he said. Mugisha said the house in Kyengera, a town near Kampala, is a known shelter for LGBT people seeking community as well as treatment for AIDS.