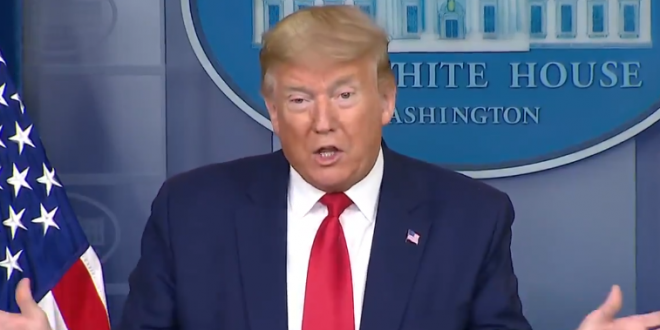 The sudden firing of Capt. Brett Crozier, the commanding officer of the USS Theodore Roosevelt, has created another unsettling moment for a country traumatized by the worsening pandemic — and for a Navy already rocked by President Trump’s remarkable intervention last year in disciplinary cases involving the elite Navy SEALs. Crozier’s crew cheered him as a hero as he walked alone down the gangway, leaving what will almost surely be his last command.

It isn’t clear what role Trump may have played in Crozier’s ouster. Acting Navy Secretary Thomas Modly told one colleague Wednesday, the day before he announced the move: “Breaking news: Trump wants him fired.” Defense Secretary Mark T. Esper apparently obtained White House approval for a preliminary investigation into Crozier’s conduct, a probe that Modly preempted with the firing.

Trump said he did not make the decision to fire Crozier, but he disagreed with Crozier’s actions and suggested the captain was at fault for the coronavirus infections on board the aircraft carrier for docking the ship in Vietnam.

“Perhaps you don’t do that in the middle of a pandemic,” Trump said, adding the letter was “not appropriate” and “he shouldn’t be talking that way in a letter.”

Trump justifies firing of Captain Crozier, captain who sounded alarm about coronavirus on his ship, because only about 10 percent of people aboard had the virus. Trump also claims it was “inappropriate” for Crozier to publicize the situation. pic.twitter.com/lt2S4IWx2Z

“Breaking news: Trump wants him fired.”
What Navy Secretary reportedly told a colleague about Captain Crozier. The captain had bluntly complained about risks to his crew from a covid outbreak. https://t.co/jONDEr7yt6

Trump is now not only dumping on the captain of the Roosevelt, but implying that somehow things on his ship were bad because he let a bunch of people catch the virus in Vietnam.

Note how Trump’s psychopathy compels him to blame Captain Crozier for making a March 5 port call in Vietnam, even though the port call was ordered by the commander of U.S. Indo-Pacific Command and defended by both the Navy and the Trump Administration.pic.twitter.com/z3Gj7dUgVZ

Previous BRANCH COVIDIANS: Louisiana Pastor To Hold Three Services Today As “We Are Resisting The Antichrist”
Next Trump Blasted After Telling Public To Take Unproven Malaria Drug: “What Do You Have To Lose?” [VIDEO]