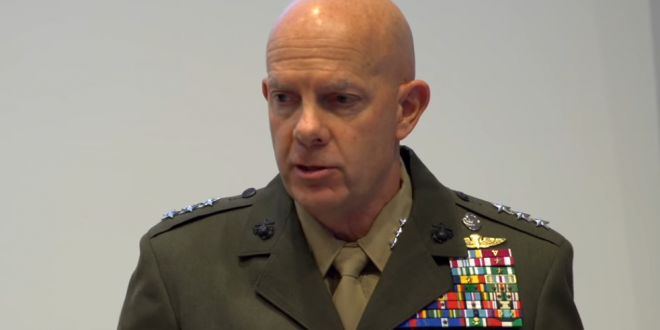 Commandant of the Marine Corps Gen. David Berger posted the letter to Twitter Thursday, which was written for the June 2020 issue of the Marine Corps Gazette. Berger reasoned in his letter that his job as the top Marine is to build a “team” that can fight and win, which requires unit cohesion, unit pride and emphases on the team over individuality.

The top Marine explained in the letter that he understood that for some the Confederate battle flag is a “symbol of heritage or regional pride.” “But I am also mindful of the feelings of pain and rejection of those who inherited the cultural memory and present effects of the scourge of slavery in our country,” Berger wrote.

In February, Berger banned all “Confederate-related paraphernalia” from being displayed on UMSC bases.

Read here for my views on displays of the confederate battle flag.https://t.co/MuM6ClDXV5 pic.twitter.com/uAAfa7awMf

Sir, my biggest issue with this flag is that it is the symbol of those who betrayed our country and fought against our military. Why would we let someone wave an ISIS or Nazi flag?

Sir, what’s the plan for all the Marines with Confederate Flag tattoos?