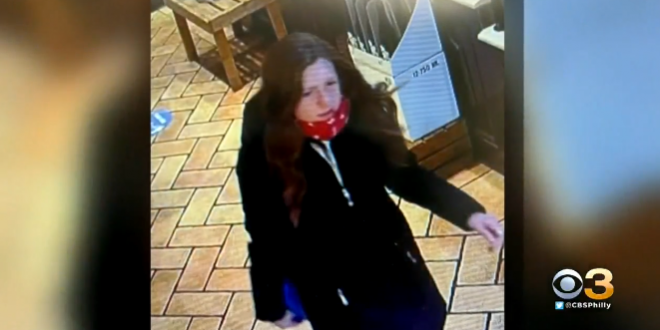 Terror Charge For Woman Who Spat On Philly Shopper

A woman was busted for allegedly spitting on a fellow shopper during a squabble over social distancing at a high-end Italian market in Philadelphia, according to a new report.

Shopper Alexis Danilo told KYW-TV that she was shopping at Di Bruno Bros. in Center City Sunday when Jacqueline McBride, 27, got a little too close to her. “I backed away from her,” Danilo told the outlet. “I guess that upset her. She just said, ‘Bitch, I don’t have the disease.’”

“[She] bumped into me, and I said something along the lines of ‘That’s rude, there is a pandemic going on,’” Danilo added. “And then she just responded, ‘I’ll fight you right now,’ and took off her mask and spit on my face.”

McBride remains in custody on charges of simple assault, terroristic threats and harassment. Watch the clip.