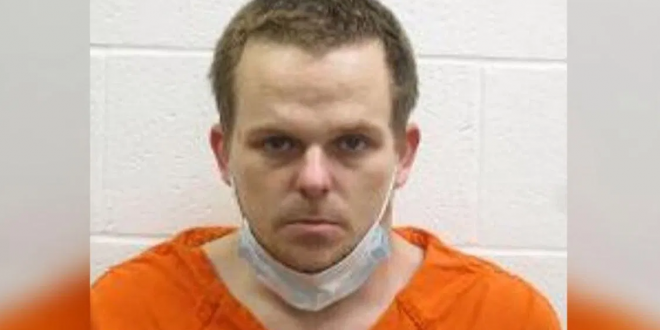 Terror Charge For Man Who Coughed On Shoppers

33-year-old Cuba, Mo. man was arrested Tuesday after coughing on shoppers inside a store and writing “COVID” inside a cooler door.

Officers arrived to a local business for a report of a man causing a disturbance inside. An employee told police the man, later identified as 33-year-old John Swaller of Cuba, Mo., was coughing towards shoppers on purpose. Swaller then breathed on the inside of a cooler door and wrote “COVID” on the inside.

Police said the 33-year-old also placed his hands down his pants and rubbed on the cooler door handle. The store was forced to shut down and sanitized. Swaller is being held on a $25,000 bond for charges of making a terroristic threat.

On what appears to be his Facebook page, Swaller’s “likes” include groups called Pissed Off White Americans and Don’t Tread On Me.

Previous FDA Reduces Restrictions On Gay Male Blood Donors
Next “Messianic Rabbi” Warns Against COVID Vaccine: It Will Be From The “Pit Of Hell” And The Mark Of The Beast