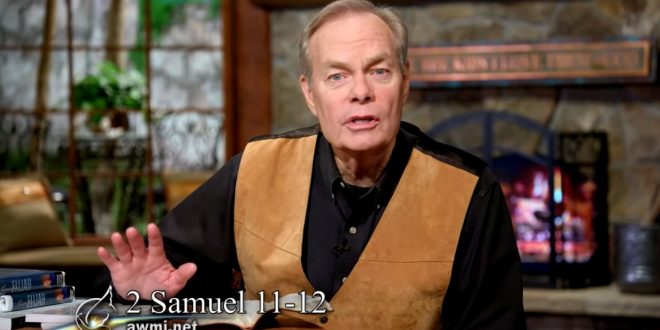 Televangelist: Jesus Can Turn Off Your Virus “Receptors”

“We were promised that no sickness would even come nigh our dwelling. And Daniel, something I’ve been studying just in the last couple of days, based on all of this, was Exodus 23:25, and that verse says that you shall serve the Lord, your God, and he shall take all sickness away away from the midst of thee.

“And I looked up those words in the Hebrew, and the word ‘take’ and ‘away,’ the word on either side of ‘sickness,’ it literally means to ‘turn off.’

“He will turn off sickness. And it was put in there twice, just to emphasize that, you know, whatever receptors you have in your body that make you receptive to sickness, he’ll turn it off.” – Televangelist Andrew Wommack.

Wommack last appeared on JMG in October 2016 when he took part in 21 days of fasting and praying to ensure that Christians would turn out to vote.

At The Friendly Atheist, our pal Hemant Mehta notes that Wommack has twice claimed to have resurrected infants from the dead.