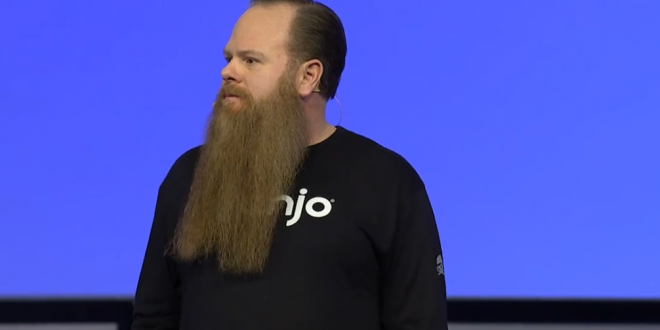 The Utah Attorney General’s Office will suspend use of a massive surveillance system after a news report showed that the founder of the company behind the effort was once an active participant in a white supremacist group and was involved in the shooting of a synagogue.

Damien Patton, who helped launch and now leads the secretive Park City-based startup Banjo, was part of the Dixie Knights of the Ku Klux Klan as a 17 year old and joined a leader of the group in a drive-by shooting of a synagogue in a Nashville suburb, according to a report by the online outlet OneZero citing transcripts of courtroom testimony, sworn statements and more than 1,000 pages of records produced from a federal hate crime prosecution.

Utah officials in 2018 had awarded Patton’s company a sole-source, $750,000 contract to provide massive real-time surveillance of 911 calls, social media and traffic cameras. The company has also signed a $20.7 million contract with the state.

The Utah Attorney General’s office will suspend the use of a massive surveillance system after news reports surfaced that the founder of the company was once an active white supremacist and was involved in the shooting of a synagogue. https://t.co/6E2dcnWYpy

CEO of the surveillance firm we wrote about in Utah that is collecting a shitload of data from everyone was a KKK member https://t.co/nnV2A4faWo

Turns out the CEO of Banjo, a tech firm we covered that is creating a vast surveillance system in Utah and also previously made fake apps to trick people into handing other social media data, was involved in the shooting of a synagogue; was a Neo Nazi https://t.co/5uolSauZNK

Banjo has been under legislative scrutiny for some time. Last year, when @fox13 first reported on the contract it had with the state, the House Majority Leader called the tech “North Korea-esque:” https://t.co/HkmRYY1mBx @fox13 #utpol #Utah

In magazine profiles and on conference stages, Damien Patton, the 47-year-old CEO of the surveillance startup Banjo, often recounts a colorful autobiography.

Patton’s story and public persona are compelling. They are also incomplete. https://t.co/6CyL26TM5D

CONTRACT SUSPENDED: This comes after reports surfaced regarding CEO and co-founder Damien Patton’s neo-Nazi past that includes a guilty plea for a drive-by shooting of a synagogue in 1992.#Banjo https://t.co/ZyWiK1UUW5